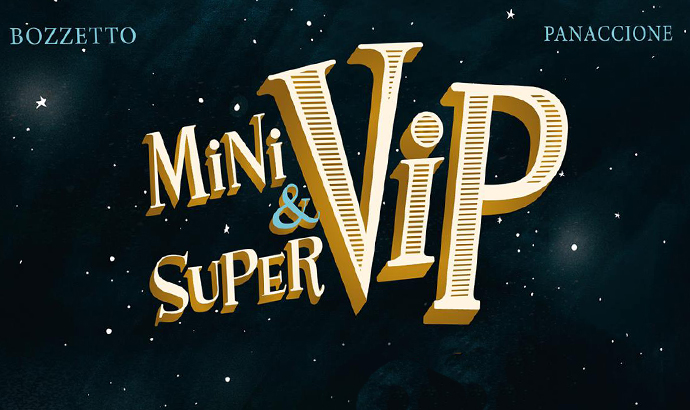 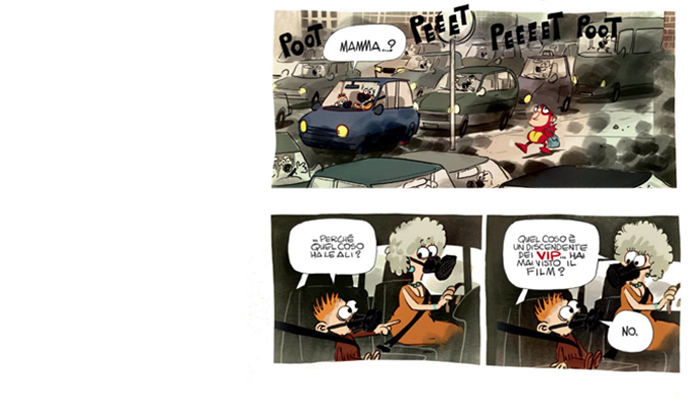 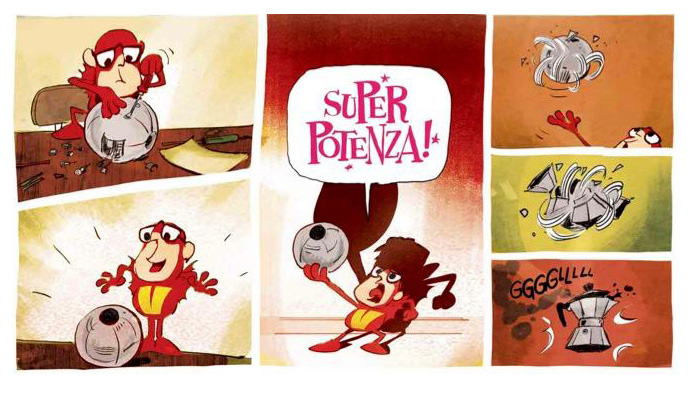 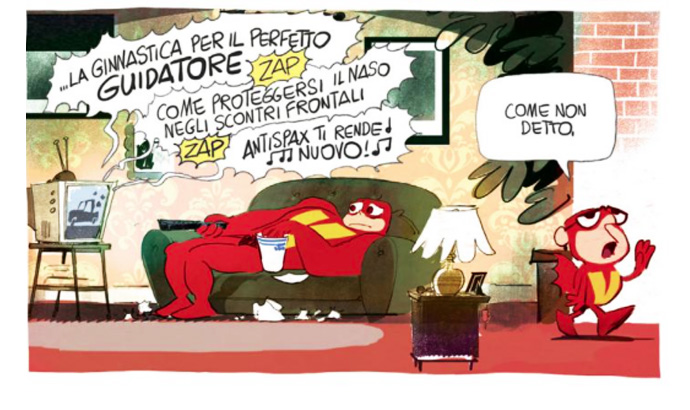 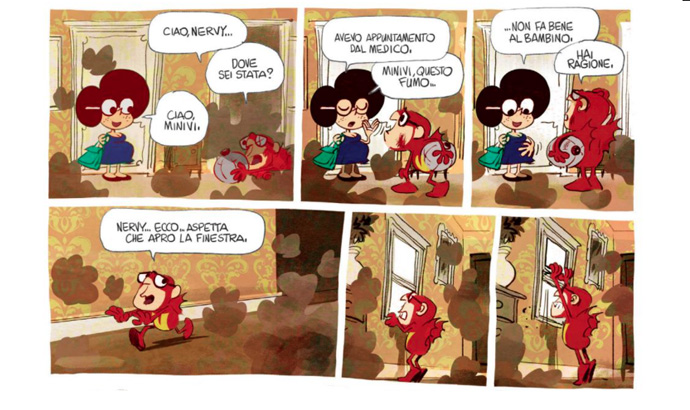 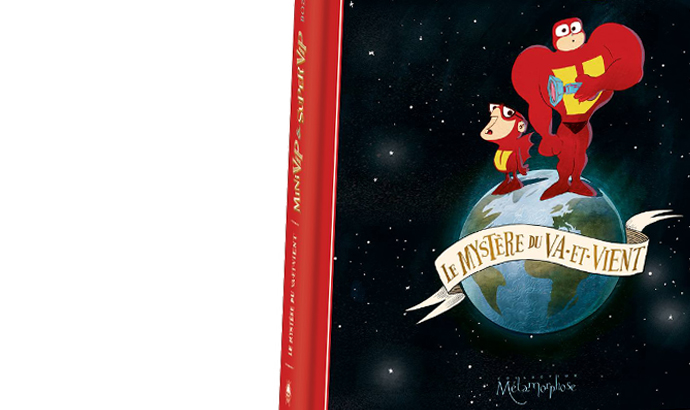 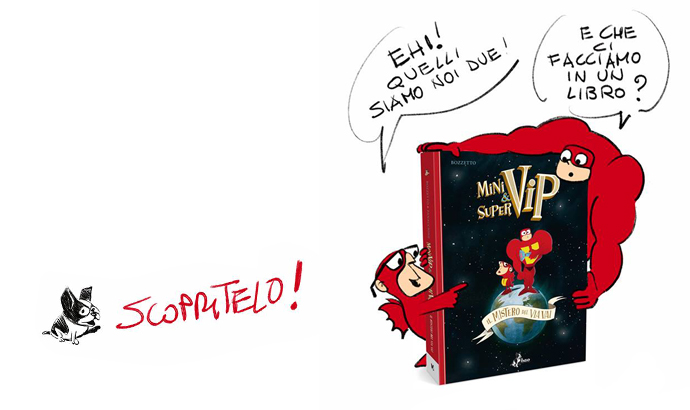 Imagine an alien race had been patiently giving mankind inventions and technologies with the sole purpose of making it pollute earth whose air, if pure, couldn't be breathed by the extraterrestrians. When the planet becomes polluted enough to be conquered... who better than Minivip and Supervip could rescue it?

288 pages of creativity by Bruno Bozzetto and Gregory Panaccione, along with the contagious enthusiasm of DelCourt Editions in France and BAO Publishing in Italy

Bruno Bozzetto and Gregory Panaccione will present the book at the following events:

Bruno Bozzetto Distribution has recently signed a licensing agreement with Minerva Pictures film Distributors for a TV, Home Video and digital distribution of Bruno Bozzetto’s works in the Italian and North American Territory. The novelty, in addition to the US market approach, concerns the release of the three  most known feature films in High Definition (Allegro non Troppo, Vip my Brother Superman and West&Soda) and of a consistent part of animated shorts from yesterday and today.

Bozzetto’s film will be available from today on Amazon Prime Video, Chili Tv, Google Play, the Film Club, VVVVID and Rakuten Tv and are soon to be published on Dvd and Bluray.

BUY IT ON AMAZON

Worldwide prominent Fashion Brand MARNI from Italy, known for its eccentric, brilliant and extravagant style, chooses ALLEGRO NON TROPPO as a source of inspiration for the Fall and Winter 2018-2019 Man and Woman Collection!

50 YEARS OF VIP MY BROTHER SUPERMAN

Marco Lucchetti Art Gallery.
Lugano, Switzerland.
We are still celebrating Vip's 50th birthday with one special limited edition of Art Canvas. Only 50 prints for each of the 11 different themes deriving from Bruno Bozzetto's  most popular films !

After the national Premiere and a special screening at Annecy Film Festival, Marco Bonfanti's poetic portrait of Bruno has been finally released on DVD. On Amazon with a gadget included!

Find it on Amazon

UNDER THE CHINESE RESTAURANT

Italian Mustang Entertainment brings back the 1987's live feature film in Italy, in a restored version. Watch the trailer (Italian).
For Licensing abroad, please contact us.

Find it on Amazon

French Distributor Les Films Du Paradoxe, popular for its catalogue of classic animation titles, has just acquired the rights for Allegro Non Troppo, West&Soda, Vip my Brother Superman as well as a package of shorts.

Find them on Amazon

A 60-years career behind, Bruno Bozzetto is esteemed as one of the most eclectic and influential Cartoonists of yesterday and of today.
His minimalist style focuses on the content more than the aesthetics to talk about universal themes with an educational approach and through a scratching irony that make his films suitable for a young adult audience.

From the 1960s up to today he has made over three hundreds films that earned him 130 acknowledgments among which the remarkable Winsor McCay Award, 5 Silver Ribbon Awards, an Honorary degree, 15 Awards to the Career, an Oscar Nomination (to the short "Grasshoppers") and a Berlin Golden Bear Award (to "Mr Tao").

Synthesis is the most important goal for an artist. It's a marvellous and yet difficult goal to achieve.

Today Bruno keeps working in the industry by creating new subjects, by animating and sketching on his own, but also cooperating to wider projects through Bozzetto&Co Studio of Production. He also takes part to films festivals, events and masterclasses in Italy and worldwide.

Several exhibitions have been set up through the years, the most prestigious of which is "Animation, Maestro!", wanted by Diane Disney Miller in 2013, at the Walt Disney Family Museum of San Francisco. The Bozzetto crew believes that an original artwork-based exhibition is the best way to show the magic of animation through original sketches, storyboards and especially cels.

Drop Us a Line

Please use the form below.

Via Corridoni 25B
24124 Bergamo
ITALY
www.bozzetto.com

Fabio Bozzetto
(The wild side of the Bozzettos)